ABC Bingo does not participate in the BingoPort.co.uk Player Rewards program. Please browse our list of Recommended Sites and Enhanced Offers. 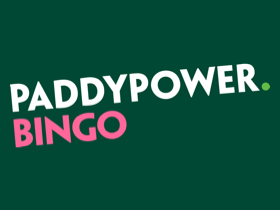 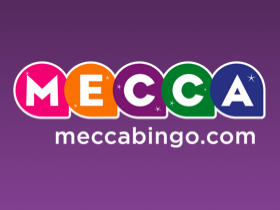 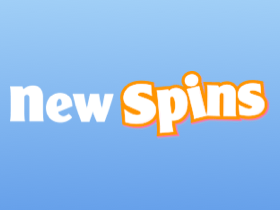 New Spins: a review of offers, bonuses and promos New Spins from Jumpman Gaming is a fun and bright site where players can enjoy online slots, casino games, and bingo. The site is colourful in sky-blue and cerise; it’s almost a bit West Ham claret and blue! There are exciting promotions... Continue reading 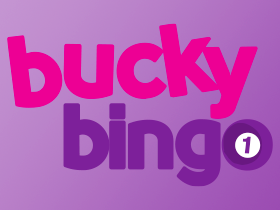 * **Maximised reward available only to members who have joined ABC Bingo via a Bingoport link. Standard reward is 0 Port Points.

ABC Bingo’s something of a veteran in the world of online bingo—it was first launched way back in 1997! Despite all those years of experience under its belt, though, this site is far from outdated. In fact, since a comprehensive redesign in 2015 it’s simply gone from strength to strength. ABC Bingo has a really attractive design and the site’s all headed up by friendly teacher Vicky. It couldn’t be simpler to get started on this site, but does it score top grades? Read on to find out all you need to know.

You also get a reload bonus on your second deposit. Simply deposit another £10 and you’ll get a free £10 to play bingo with, plus £5 to flutter on the slots.

There’s much more to ABC bingo than just 3 letters. While this site hasn’t got the biggest selection of games available, this actually works to its advantage. If you’re after a back-to-basics bingo site with a lively community, then look no further.

Being a part of the Dragonfish network, ABC Bingo makes it really easy to make deposits and withdraw your hard-earned winnings.

You can use pretty much any of the mainstream payment methods at ABC Bingo—just take a look at the full list below.

Also, the minimum deposit amount is just £5, which is really convenient if you’re looking to try the site out without committing to spending much money.

As is common across the vast majority of bingo sites, when using a credit or debit card your winnings will be paid back onto the same card or account you used to make the deposit.

For any other method, such as Paysafecard or Neteller, your withdrawals will be paid by wire transfer.

The minimum withdrawal amount is £5—this is pretty much as low as you’ll find on any bingo site. The only thing you’ve got to bear in mind is that you need to have met the site’s wagering requirements before you’ll be able to make a withdrawal.

If you’re struggling to get your head around wagering requirements, why not check out our helpful guide?

Just like its name, the selection of games at ABC Bingo is simple and easy to understand. This does mean that the site doesn’t offer the widest possible range of games, but they’ve focused on getting the basics just right.

For instance, you’ve got plenty of rooms offering the traditional choices of 75 and 90-ball bingo, as well as the newcomer to the scene: 5-line bingo. For the vast majority of bingo players, this provides more than enough variety.

To learn more about the fast-paced game of 5-line bingo, check out our article here.

If you’re a slots lover, you won’t be disappointed at ABC Bingo. There’s plenty to choose from and they all have decent payout amounts. Helpfully, Vicky lets you know her recommendations, so even if you’re a complete newcomer then you’ll have no problem finding something to suit your tastes.

We’ve picked out a few of our favourites below.

If you love to rock out then you won’t go far wrong with this slot. Who wouldn’t want to relive the antics of one of the most successful (and notorious) bands of all time? This innovative game from NetEnt is adorned with two of the most iconic faces in hard rock history—Axl Rose and Slash. The band’s logo, which can appear at any time, is the wild. This acts as a substitute for all the other symbols, so keep an eye out for it as it’s the key to big wins! Why not satisfy your Appetite for Destruction by having a spin today?

Da Vinci Diamonds is one of the most-played slots of all time—both online and offline. There’s a good reason why this stalwart has remained relevant for such a long time—it’s brilliant fun, and has a sophisticated and classy feel that’s unrivalled by most other slots. Who said history had to be boring? Have a flutter on Da Vinci Diamonds and you’ll be taken all the way back to the Renaissance!

Fluffy Too is a 5-reel, 25-payline slot from Eyecon, the follow up to the popular Fluffy Favourites game. A bit like ABC Bingo, this slot takes us back to basics—you really feel like you’re playing an old-school game. This slot’s only got one feature, but don’t let that put you off, as the animations are sure to keep you coming back for more—this has to be one of the cutest slots we’ve ever seen!

If you can’t get enough of animal-themed slots but aren’t quite sure which one you want to play, you need to check out our quiz!

Fans of the casino will be pleased to hear that a solid selection of table games has recently been added to ABC Bingo. Whether you prefer Roulette, Blackjack or Baccarat, there’s something here for you.

For something a little bit different, why not try out Deal or No Deal Video Poker, or Sidebet Blackjack?

In keeping with the school theme of ABC Bingo, you could be in with the chance of winning £300 to cover your children’s school supplies for the year. Simply deposit £10 during the promotional period, and you’ll be entered into a raffle. You’ll also have the chance to win bingo vouchers and free spins on various slots. Even if you don’t have children, or they’ve all finished school, who doesn’t want the chance to win £300 in cold, hard cash? You can only win if you make a deposit, so what are you waiting for?

Most bingo sites have a refer a friend deal, but ABC Bingo’s is just that little bit more personal. Rather than being rewarded with bingo cards or free spins, at ABC you could win a spa day for you and your best friend, simply by referring them! This offer takes place every three months, so you’ve got plenty of time to get one of your friends playing before the next prize is awarded.

ABC Bingo is really easy to navigate, and you don’t have to worry about security, either, since the site runs on tried and tested Dragonfish software. All payments are made securely by Cassava Enterprises.

You might be disappointed to hear that ABC Bingo doesn’t have a dedicated app. Don’t worry though—it works flawlessly across the vast majority of devices. Simply type the address into any browser and you’ll be playing in minutes! This really takes the hassle out of mobile gaming. Also, the layout of the lobby is pretty much identical whether you’re using a computer, tablet, or phone, which is nice to see.

ABC Bingo is operated by 888, so it has a comprehensive support system in place for if you ever need a helping hand with anything.

Live chat : you can find this in the chat rooms—it’s available 24/7

Everyone loves a good loyalty program—who doesn’t like being rewarded for playing bingo? At ABC, every single month you have the chance to climb the loyalty levels. Each time you deposit, you’ll be awarded jewels which correspond to different levels on the loyalty ladder.

Each £1 that you deposit means 12 jewels for you. The loyalty levels are organised as so:

Working your way up to becoming a Bingo Champ leads to a whole load of benefits, such as a 15% bingo bonus cash-back offer. Take a look at the full details to find out more.

Unfortunately, ABC Bingo doesn’t currently have an active page on Facebook, Twitter or Google+. We can see that this might be a bit disappointing for those of you that love to chatter about bingo on social media, but you can rest assured that the chat rooms on ABC Bingo will be busy enough to keep you satisfied. Everyone loves the chat hosts here!

ABC Bingo is proof that less really is more. It might not have the biggest selection of games, but this back-to-basics Dragonfish site has oodles of charm. Playing bingo, slots, or table games here is as easy as ABC!

If you liked this site, why not try…